Book boyfriends are great and all, but it’s galpals who’ll help you kill three bottles of wine and then bury some bodies! So move over, Valentine’s Day: Let’s pull a Leslie Knope and talk Galentine’s Day, celebrating some of fiction’s fun female friendships!

Too often in romance ― and, really, fiction in general ― we see the “not like other girls” trope, where the heroine is a special sparkly unicorn, full of virtue and made of sugar cookie batter, and all other women are sluts and bitches. Frankly, that’s sexist, regressive, awful and not all that entertaining. That’s why, as a reader, I find myself drawn to series where women have each other’s backs no matter what. Take Lisa Kleypas’ Wallflower series. It’s probably the first time, at least in historical romance, that I can recall encountering a group of women who stuck together. Before that, I kept stumbling upon these poor loner heroines who’d end up running around a dreary estate with an alpha hero and his nefarious staff and relatives ― and nary a friend to go, “Oh, girl, no. GTFO!” That’s not the case with Annabelle, Lillian, Evie and Daisy. Sure, they’re drawn together by their common goal of getting off the wall and landing a husband, but from Secrets of a Summer Night all the way to Scandal in Spring, you know that they’d cut someone for messing with one of them! And I mean literally. Not a cut direct. 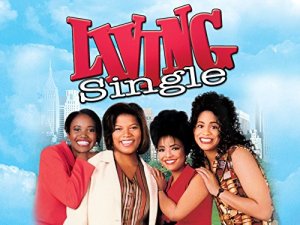 Sharpening knives for your bestie is a lot more common in contemporary romance and on TV, which is great for my sanity. I was instantly suckered into The CW’s dark reboot of the Archie comics, Riverdale, because Veronica is clearly ride-or-die for Betty. Sure, they might both think that iconic redhead Archie Andrews is hot, but when Veronica thought she’d lost Betty’s friendship, she sent her yellow roses, bought her a cupcake and arranged “hers and hers” mani-pedis. Who needs a boy when your galpal woos you better?! Who brought Buffy back from the dead? Willow. Who were the real root-for couple on One Tree Hill? B. Davis and P. Sawyer! Who’s Meredith Grey’s “person”? Cristina Yang!And don’t get me started on how much I miss Living Single and Girlfriends. The former is where I fell in love with Queen Latifah and the latter was my introduction to the kick-ass Tracee Ellis Ross. Why don’t we have more half-hour comedies like those? Sisters before misters, people!

I recently read a gorgeous young adult novel by Meredith Russo called If I Was Your Girl ― about a transgender teen starting over at a new school ― and I was more invested in her relationship with her  newfound girl squad than her blooming romance with a boy. We’re talking edge-of-my-seat, please-don’t-turn-on-her nail biting! Vanessa North’s adult romance Roller Girl also features a trans* heroine ― and she finds friends, love and a kick-ass new hobby on a roller derby team. Stories where forming strong friendships goes hand-in-hand with the romance are seriously becoming my catnip!

That’s not to say that romances with an existing gal pack aren’t also a drug of choice ― hello, Victoria Dahl and her Girls’ Night Out series, which is pretty much predicated on female friendships. And if you’ve ever had besties who frequently barrel through the barriers of “TMI,” you can check out Olivia Dade’s hilarious Lovestruck Librarians books. (I will never look at the stuffed animals in a library children’s section the same way.) These ensemble series are effective because there’s an archetype for everyone ― whether it’s Dahl’s buttoned-up Sophie in Looking For Trouble or Dade’s filter-free Angie in My Reckless Valentine ― and a tight-knit group to provide a foundation for that character’s arc and love story. You can be certain that, even when she’s having her angsty moments with the hero, she has a safety net in her friends. They’ll cut someone for her ― and it’s definitely not a cut direct!

So raise your beverage of choice to Galentine’s Day, and don’t spill it on your e-reader or your paperback!